In local hotspots like New York City, the overall hospitalization rate based on antibody studies is about 2.5% (19.9% or 1.7 million people with antibodies and 43,000 hospitalizations by May 2).

The much lower than expected hospitalization rate may explain why most Covid-19 ‘field hospitals’ even in hard-hit countries like the US, the UK and China remained largely empty.
Zum Vergrößern anklicken....

Lethality: According to the latest immunological studies, the overall infection fatality rate (IFR) of covid-19 in the general population is about 0.1% to 0.5% in most countries, which is comparable to the medium influenza pandemics of 1957 and 1968.
Treatment: For people at high risk or high exposure, early or prophylactic treatment is essential to prevent progression of the disease. According to numerous international studies, early outpatient treatment of covid may reduce hospitalizations and deaths by about 80%.
Age profile: The median age of covid deaths is over 80 years in most Western countries (but 78 in the US) and only about 5% of the deceased had no serious preconditions. The age and risk profile of covid mortality is therefore comparable to normal mortality, but increases it proportionally.
Nursing homes: In many Western countries, up to two thirds of all covid deaths have occurred in nursing homes, which require targeted and humane protection. In some cases it is not clear whether the residents really died of covid or of weeks of stress and isolation.
Excess mortality: Up to 30% of all additional deaths may have been caused not by covid, but by the effects of lockdowns, panic and fear. For example, the treatment of heart attacks and strokes decreased by up to 40% because many patients no longer dared to go to hospital.
Antibodies: By summer 2020, global hotspots such as New York City and Bergamo had reached antibody seroprevalence levels of approximately 25%. Capital cities such as Madrid, London and Stockholm were around 15%. Large parts of Europe and the US, however, were still below 5%. Above about 30%, a significant slowdown of the infection process has been observed.
Symptoms: Up to 40% of all infected persons show no symptoms, about 80% show at most mild symptoms, and about 95% show at most moderate symptoms and do not require hospitalization. Mild cases may be due to protective T-cells from earlier common cold coronavirus infections.
Long covid: About 10% of symptomatic people report post-acute or long covid, i.e. symptoms that last for several weeks or months. This also affects younger and previously healthy people with a strong immune response. The post-viral syndrome is known from severe influenza, too.
Transmission: According to current knowledge, the main routes of transmission of the virus are indoor aerosols and droplets produced when speaking or coughing, while outdoor aerosols as well as most object surfaces appear to play a minor role.
Masks: There is still little to no scientific evidence for the effectiveness of cloth face masks in the general population, and the introduction of mandatory masks couldn’t contain or slow the epidemic in most countries. If used improperly, masks may increase the risk of infection.
Children and schools: In contrast to influenza, the risk of disease and transmission in children is very low in the case of covid. There was and is therefore no medical reason for the closure of elementary schools or other measures specifically aimed at children.
Contact tracing: A WHO study of 2019 on measures against influenza pandemics concluded that from a medical perspective, contact tracing is “not recommended in any circumstances”. Contact tracing apps on cell phones have also failed in most countries.
PCR tests: The virus test kits used internationally may in some cases produce false positive and false negative results or react to non-infectious virus fragments from a previous infection. In this regard, the so-called cycle threshold or ct value is an important parameter.
Medical mismanagement: In the US and some other countries, fatal medical mismanagement of some covid patients occurred due to questionable financial incentives and inappropriate protocols. In most countries, covid in-hospital mortality has since decreased significantly.
Lockdowns: In contrast to early border controls, lockdowns have had no significant effect on the pandemic. Rather, the WHO warned that lockdowns have caused a “terrible global catastrophe” and according to the UN, lockdowns may put the livelihood of 1.6 billion people at acute risk and may push an additional 150 million children into poverty.
Sweden: In Sweden, total mortality without a lockdown has been in the range of a strong influenza season. 70% of Swedish deaths occurred in nursing homes that were not protected quickly enough. The median age of the Swedish covid deaths is 84 years.
Media: The reporting of many media has been unprofessional, has maximized fear and panic in the population and has led to a massive overestimation of the lethality and mortality of covid. Some media even used manipulative pictures and videos to dramatize the situation.
Vaccines: Due to their rapid development, little is yet known about the long-term effectiveness and safety of the covid vaccines. Following several deaths, Norway advises against RNA vaccination in frail persons over 80 years of age. Some other groups of people are also advised against RNA vaccination because of possible complications.
Virus origin: The origin of the new corona virus remains unclear, but the best evidence currently points to a covid-like pneumonia incident in a Chinese mine in 2012, whose virus samples were collected, stored and researched by the Virology Institute in Wuhan (WIV).
Surveillance: NSA whistleblower Edward Snowden warned that the covid pandemic may be used to expand global surveillance. In several parts of the world, the population is being monitored by drones and facing serious police overreach during lockdowns.
Zum Vergrößern anklicken.... 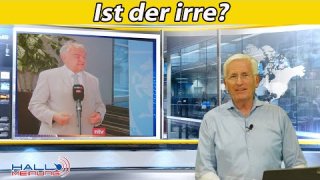